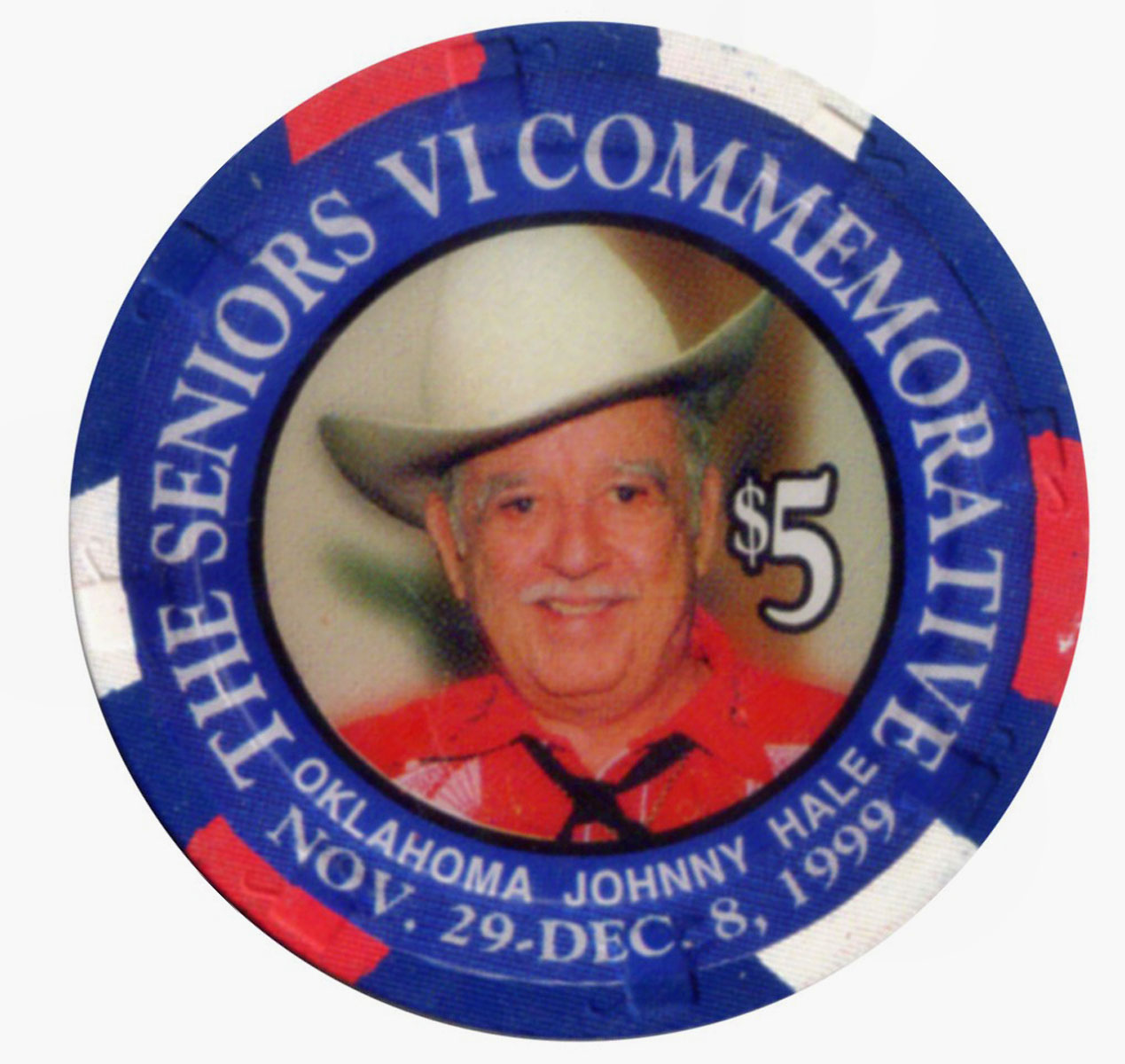 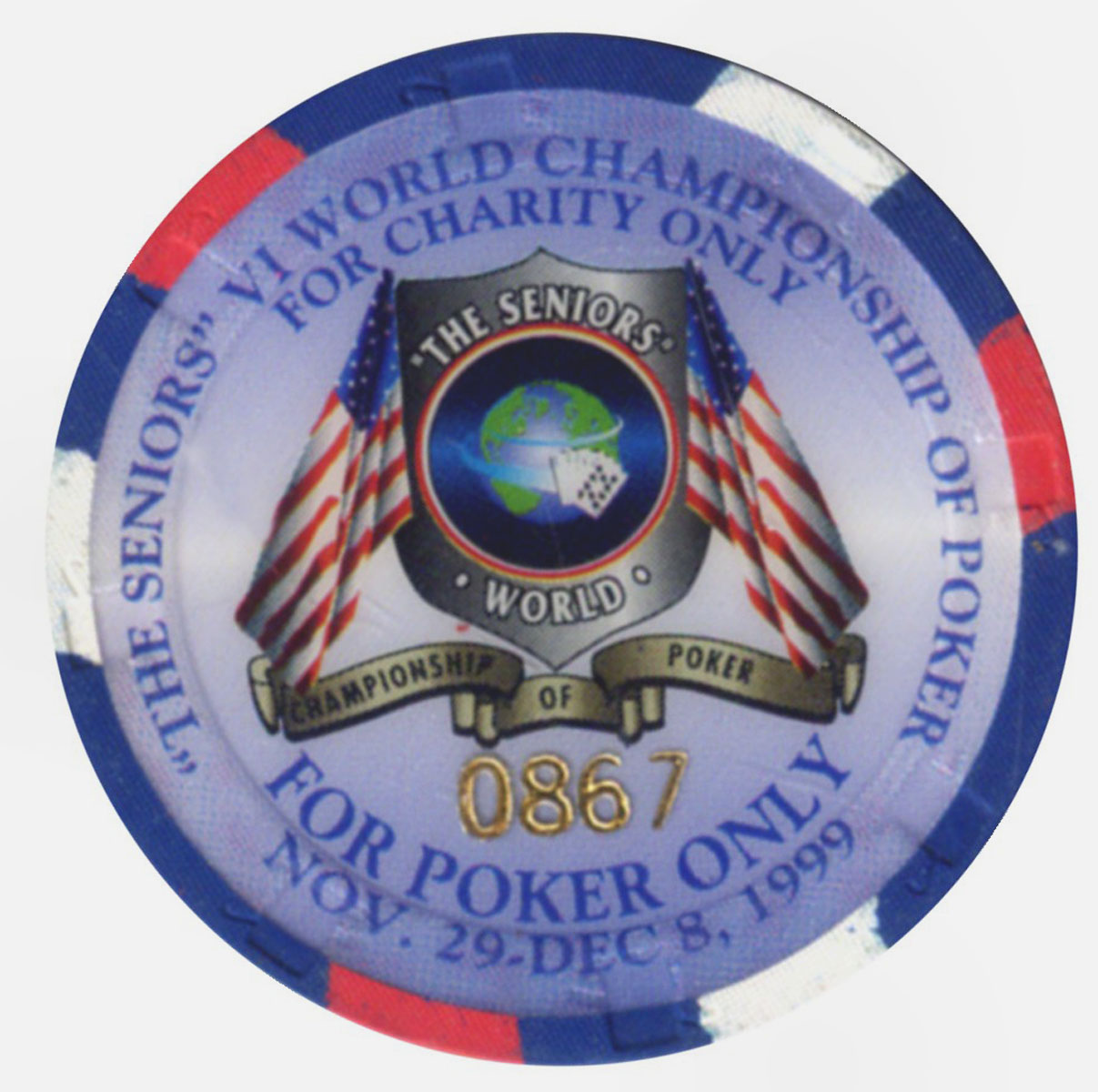 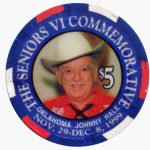 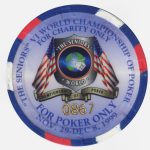 "The Seniors" World Championship of Poker, does not have the name of the Card Room on it, and is serialized (# 0867).
Photo of: Johnny Hale

Longtime senior poker advocate “Oklahoma” Johnny Hale has passed away December 2019 at the age of 92.
Born in Pittsburgh, OK in September 1927, Hale served in the Navy during the Korean War and later worked as a home builder in Tulsa before turning his attention to poker.
Hale worked with Benny Binion to popularize the senior’s event at the World Series of Poker, and although he never won an official event, he was awarded a bracelet for being the best all-around player at the 1980 WSOP, and finishing second, third, and third. He made seven final tables at the summer series overall.
“I never saw a poker player’s money that I did not like,” Hale is credited with saying.
Hale also created the Seniors Poker Hall of Fame, and chronicled his life in his biography The Life And Times Of A… Gentleman Gambler.