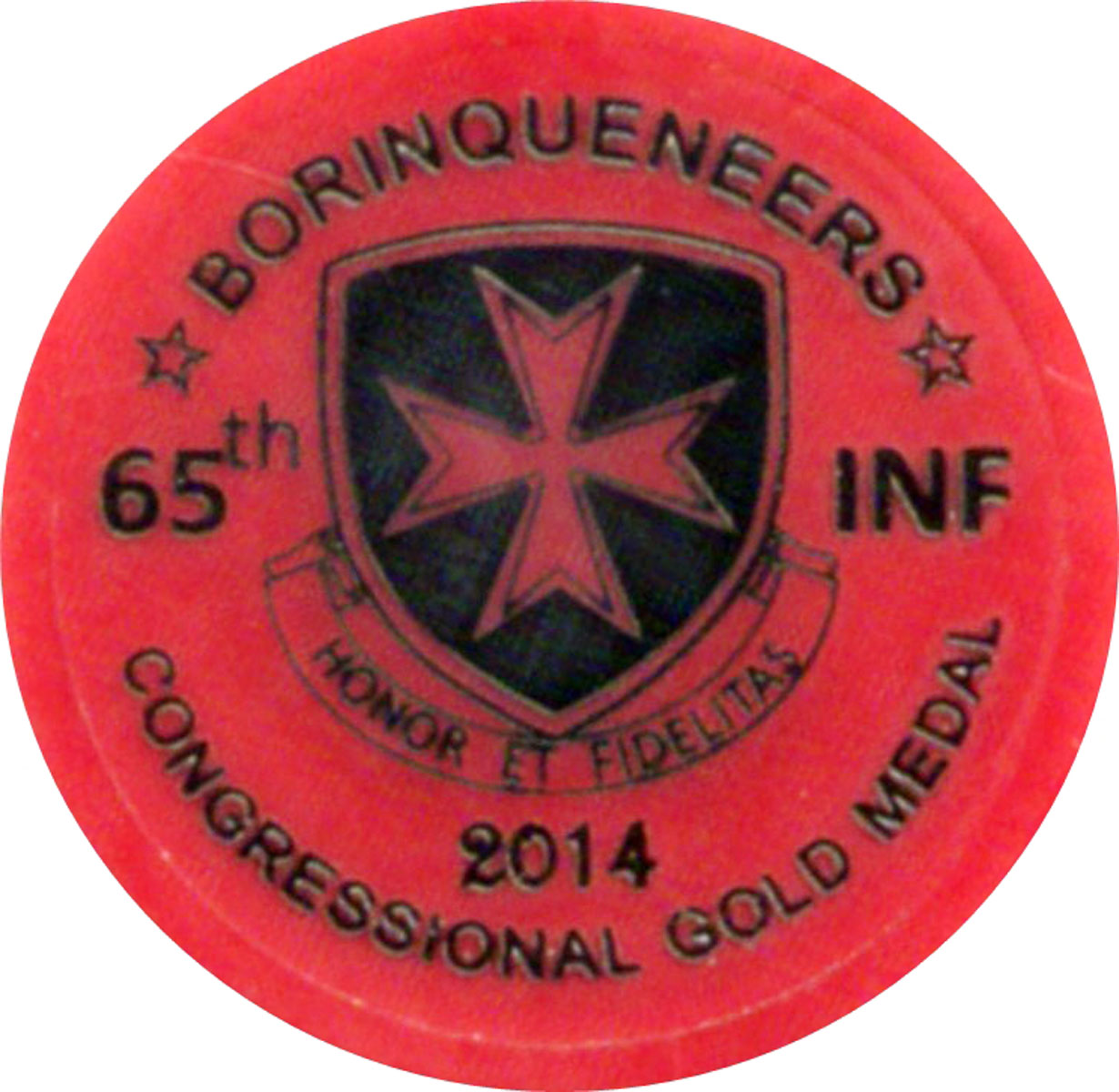 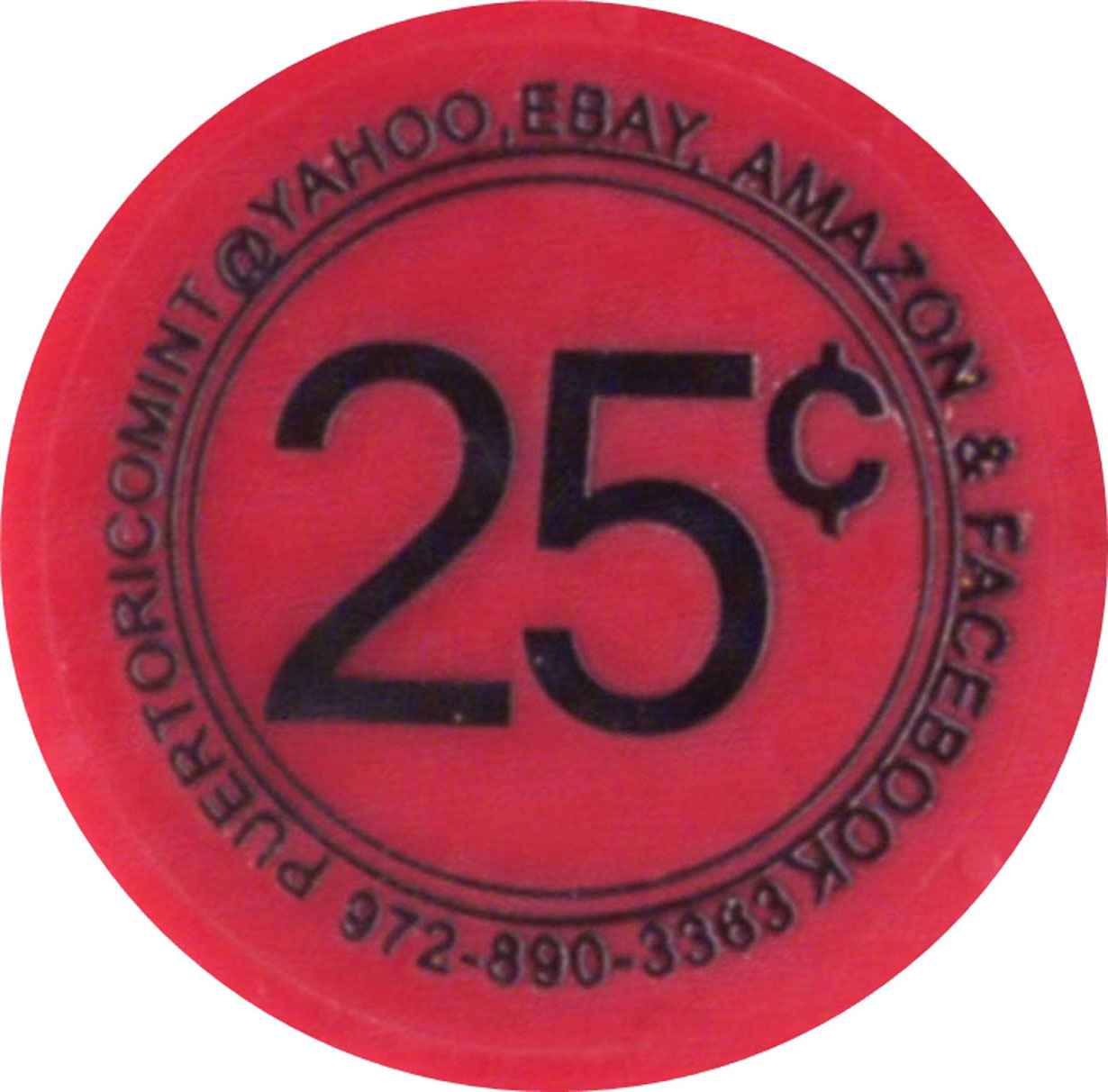 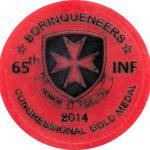 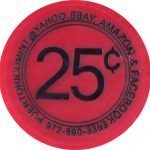 On one side of heavy plastic chip: lists In accordance Congressional Public Law No: 113-120, a single gold medal has been struck to honor the 65th Infantry Regiment, the Borinqueneers for its valor, determination, and bravery displayed during the Korean War.

Chip celebrates the unit's Borinqueneers Congressional Gold Medal. and ceremonies were held at the Tomb of the Unknown & the Borinqueneers monument in Arlington, the World War II Memorial, and the Korean War Memorial. The nickname "The Borinqueneers" is from the original Taino — name of the island (Borinquen). The regiment is a Puerto Rico U.S. Army unit. Reverse has advertising materials related to chip sales.